This article was developed from presentations delivered at the East-West Center’s International Media Conference in Yangon (11 March 2014) and at the Mapping Digital Media South East Asia Roundtable in Singapore (28 February 2014).

Hate speech. You know it’s a perplexing problem when not even democracy icon Aung San Suu Kyi can come up with a quotable answer.

Asked about the situation in Myanmar’s Rakhine state, where Buddhists and Muslims have been trading violent words and actions, the Nobel Peace Prize laureate repeated her call for the “rule of law”. She knows this response doesn’t stir the soul the way we’ve come to expect her words to. “I’ve talked about it very often, but people are not interested because it’s not interesting enough to make the headlines,” she said at a conference in Yangon.

While unobjectionable as far as it goes, her oft-repeated position disappoints those who wish she would come out more boldly in support of a Muslim minority threatened by rising Burman-Buddhist nationalism. But even her critics understand the bind she’s in. As an opposition leader, she cannot afford to alienate the majority community in an ethnically polarised society. And as a potential peacemaker, she risks undermining her clout with one side or another if she rushes to judgment.

There are Myanmar journalists who know the feeling well. They may want to appeal for more inter-ethnic understanding, but must face publics who cling to tribal identities. Hardliners in these communities consider concessions to others as a betrayal. With Facebook – the default internet platform in Myanmar – there is no hiding from this ugly side of people power. Calls to attack, expel or kill members of another ethnic group are common in the comments spaces of even non-incendiary posts, notes Myanmar journalist Michael Pan. As a sample, he shows this comment on a Kachin Facebook page: “Peace will come once all Burmans die. Kill them all.”

Pan’s Myanmar Media Lab conducts peace building workshops for journalists. He believes such training has enabled reporters to produce more rounded and balanced coverage of ethnic issues. Critically, workshop participants make contacts in other ethnic communities whom they can talk to when covering controversial stories.

But the barriers to responsible coverage remain formidable, insiders say. After all, journalists are themselves part of the communities they serve, making them prone to the same deep ethnic and religious prejudices. Casual stereotyping is common, such that Myanmar citizens of Bengali descent are often not distinguished from illegal immigrants. Whether Rohingya should be referred to as such (which they want) or as Bengalis (as the government demands) is not a question on which journalists are free to exercise independent editorial judgment. They are constrained by peer pressure as well as editors and publishers aligned with the government. And when government stays silent while influential monks claim that Muslims are a threat, it contributes to a culture of intolerance that media reformers like Pan struggle to counter.

These problems are of course not unique to Myanmar. Across Asia and beyond, hate speech – expression aimed at persecuting people by vilifying their identities – has become a common feature of public discourse.

Liberals are not sure how to respond. Many want to believe that more speech is the answer and that, in the long run, good speech will triumph over bad. However, it has also been said that in the long run we are all dead; and if some of those deaths are incited by hate speech, there is little comfort to be gained from the virtue of patience.

Even hate speech that is not so dangerous can have an anti-democratic effect. When norms of civility are not upheld, vulnerable minorities tend to exit from the public sphere, undermining the broad participation that meaningful democracy requires. Open societies struggle with hate speech because liberty and equality are both important democratic principles. While such speech is an exercise of the speaker’s liberty, it can rob the target of equality.

But while this is one of the greyest of areas for media law and policy, we shouldn’t let uncertainty turn into indifference. Countries and regions with long traditions of applying freedom of expression and other human rights may not have come up with a conclusive formula for every hate speech situation, but they have evolved some fairly robust principles for dealing with the conundrum.

All of them began, decades or centuries ago, with laws that insulated the powerful – political and religious authorities and their accompanying orthodoxies – from offence. As democratic values took root, these states evolved the modern, liberal position on hate speech. This holds that the law should only step in to protect people from objective harm like discrimination and violence; and not to protect people’s feelings or their beliefs. It is not that civility norms and mutual respect don’t matter, but that these values should not be imposed by force. They should be promoted through non-legal means, by politicians, journalists, religious leaders and other opinion shapers setting a positive example through their own words and actions, and calling out those who purvey intolerance and hatred.

Some liberal democracies still have legacy laws (such as blasphemy) reflecting the traditional approach, but there is a clear trend towards removing them in line with state-of-the-art human rights thinking. In England, for example, the law against blasphemy was abolished in 2008. Today, English courts – like the respective international human rights courts of the United Nations, Council of Europe, Organization of American States and Organization of African Unity – apply the modern understanding of hate speech, trying to strike a balance between freedom of expression and the right to be free from discrimination and violence.

However, the traditional approach prevails in Asia. It comes with two major problems. On the one hand, the low threshold for censorship – in the name of maintaining harmony – can be used by states to silence dissent. Laws that ban the wounding of feelings also empower the least tolerant groups to set the tone for the whole society. Since offendedness is highly subjective, such groups can also game the system. They can take offence as a political strategy that I call hate spin, hyping up their outrage to gain a higher profile and to put opponents on defensive.

On the other hand, many Asian states are not interventionist enough when it comes to protecting minority rights and creating common ground. Siding with the majority culture often translates into impunity for right wing groups that attack minorities (whether based on race, religion, national origins or sexual orientation) and their languages, businesses, religious practices and places of worship. Their defenders within the majority community – such as human rights workers, inter-faith organisers and independent media – are also vulnerable to mob action.

It would be a mistake to dismiss the liberal approach as “Western”. It may actually be the only tenable solution for any modernising society, no matter where they are and what their cultural traditions. The real divide is not Western versus Asian but between different concepts of national identity. A shared ethnic origin has always seemed the easiest way to define a nation state. But this usually requires promoting fictions of cultural purity that are not matched on the ground, invariably resulting in injustice and conflict.

The alternative way of nurturing national identity is to base it on commitments to a fair system in which all feel they have a stake. This is far more compatible with the diversity within which most of humanity now lives. It is about building a shared future built through inclusive democratic values, rather than a shared past whose strength is demonstrated through exclusion.

In countries deeply entrenched in the traditional mode, transitioning to a system that protects minorities won’t be not easy, as it would be opposed vigorously by groups with a vested interest in the status quo. Indeed, it would require exceptional moral leadership. 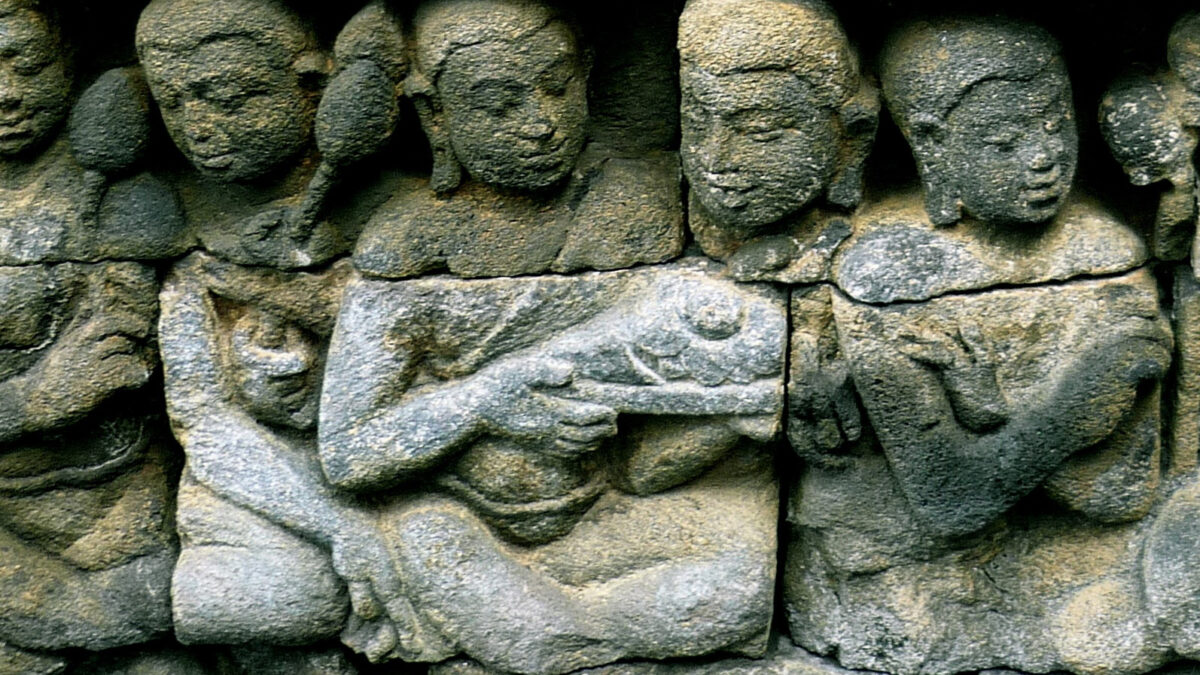 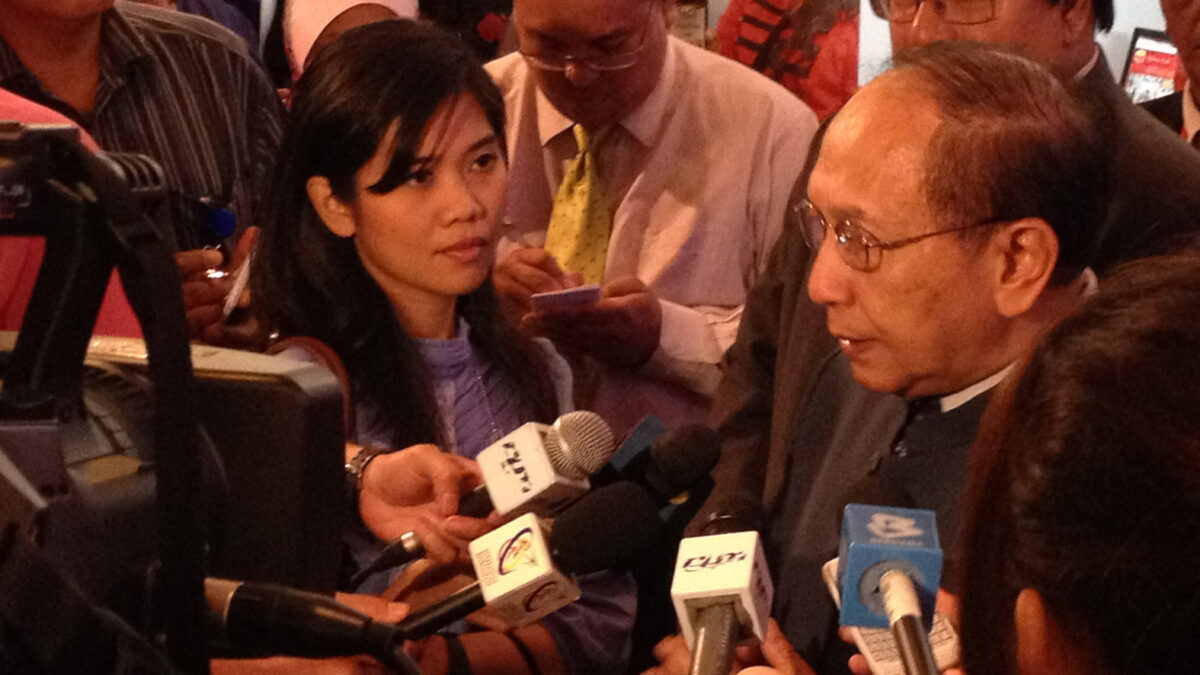