Remarks at the Disinformation and Democracy Conference, Manila, 12–13 February 2018.

How does disinformation work? I’d like to address this question by looking specifically at hate campaigns, which are invariably fuelled by disinformation. Let me start with the example of one of the most pernicious disinformation campaigns in the history of 21st century politics. For a change, the Russians are not behind it.

It is happening in India and it’s called the “love jihad”. This is the conspiracy theory that Muslims in India are engaged in a plot to seduce away Hindu girls and forcibly convert them to Islam. This is supposedly part of a grand strategy to conquer India through a demographic revolution. Hindus now make up almost 80% of the population, but since Muslim men are allowed four wives, they will out-reproduce Hindus and turn Hindus into a subjugated minority, the line goes.

The theory is ridiculous, but it’s no laughing matter. Muslim men have been lynched and put on hit lists in the name of defending Hindus against love jihad. Consensual marriages have been broken up and women forced to return to their families – so it’s an attack not only on a religious minority by the majority community, but also on women’s autonomy by the patriarchy.

This isn’t just about family honour, though. The love jihad theory has been elevated from grassroots, homespun gossip to industrial-strength propaganda because of its utility in high-stakes elections. Hindu nationalist politicians belonging to prime minister Narendra Modi’s party have used the love jihad hoax to incite deadly communal riots and solidify the Hindu base in the run up to elections.

Hate propaganda, or hate spin as I call it in my recent book, has been around for a long time, resulting in ethnic cleansings, pogroms and genocides, so their internal dynamics have been closely studied by scholars in various fields. We know that hate propagandists start by constructing an all-important and exclusive in-group, based on racial, religious or national identity. Simultaneously, they construct out-groups. These out-groups are demonised and scapegoated. They are blamed for things that are going wrong in society. This rhetoric justifies discrimination or worse. In the extreme, the propaganda convinces the in-group that they are the victims and in grave danger, and that to save their families and property they need to strike first. That way lies genocide.

Love jihad in India, as well as the ethnic cleansing of Rohingya in Myanmar, show that this dynamic is alive and well.

Supply, demand and what lies in between

Why does it work? We can analyse the potency of disinformation in terms of the message, the demand, the supply and the medium.

First, the message. Hate propaganda is never entirely made up; there’s always a grain of truth in it. Race and religion as markers of identity are not total fictions. The lie isn’t in telling a Hindu he’s a Hindu and not a Muslim; or a white American that he’s white and not brown. The lie is in telling them that these are the only identities that matter, thereby suppressing other cross-cutting identities like class or gender or being part of the human race.

Similarly, the grievances that are stoked by hate propagandists are not totally imaginary. Hindu-Muslim couples do elope and such unions across religious (or more often caste) lines can be extremely upsetting for families. The disinformation, of course, is in convincing the majority community that such occurrences are part of a conspiracy, rather than just the eternal and mysterious workings of the heart. The economic grievances that are usually at the heart of people’s discontent are also real; the lie is in blaming these on immigrants or parasitic minority communities.

These messages tap on latent prejudices and legitimate anxieties, and convert them into fear; fear is then transformed into hate and bad behaviour. There is a political message embedded in these campaigns: that complex problems have simple causes that can be fixed by strong leaders. It is much easier to sell this message than the truth, that there are no simple remedies; that any solutions will involve sacrifice by those with wealth and power; that beyond loyalty to family and community, democracy requires a duty of care for strangers.

Second, there’s the demand factor. Why to people believe these lies even when more reliable counter-information is available? This takes me outside my area of study and into the behavioural sciences and social psychology. There’s a lot of interesting research we could look into. One interesting theory I’ve read is that in turbulent times, people need narratives that help them make sense of the world. So conspiracy theories serve a cognitive function that we can’t simply brush aside.

Third: the supply side. Disinformation-laden hate propaganda is powerful because it pushed by resourceful, resource-rich actors. To go back to the love jihad example, don’t underestimate the sophistication or the determination behind it. It includes generating false birth certificates to claim that the women are under-aged; it includes making multiple police reports claiming that a crime has been committed. One of the campaign’s most ingenious deceptive marketing moves is to include a hotline number on posters: if you know victims of love jihad, call this number, it says. Think about the persuasive power of that simple statement. If you saw a hotline advertised, you’d assume that such a problem must indeed be prevalent.

Thus, disinformation efforts are multi-platform integrated marketing campaigns with distributed and layered messages that have strong collective and cumulative effects. Their purveyors are extremely committed, and able and willing to pour money, time and creativity into their propaganda.

The messages that they sell may seem stupid, but it’s a huge mistake to assume that the people behind them are. Combating them requires as much ingenuity and commitment as they themselves bring to bear on their work.

What can be done?

We cannot divorce the impact of disinformation from our societies’ failures to deliver social justice; that’s at the core of how people’s legitimate grievances are hijacked by unscrupulous and opportunistic politicians.

Armin Luestro spoke for many progressive around the world when he described feeling at a loss when fellow citizens whom he thought he knew suddenly showed a disconcerting appetite for authoritarian and vulgar styles of leadership. It’s like feeling the ground move beneath our feet.

How do we make sense of this turn towards populist authoritarians in democratic societies? Reflecting on this pattern has made me realise that we have taken for granted people’s understanding of democracy, wrongly assuming that the value of core democratic principles is self-evident, when in fact it requires reiteration and reinterpretation.

We’ve focused mostly on the integrity of democratic institutions and not enough on the health of democratic culture, even though political scientists have long told us that both are required for consolidating democracies.

We (including as educators and journalists) may have been lulled by the evidence that democracy has become the global gold standard after the end of Cold War. Multiple revolutions, including here in the Philippines, as well as many opinion polls have told us that the vast majority of humankind believe in democracy.

But we have not stopped to ask what people actually mean when they say they are pro-democracy. It turns out they could mean different things.

It could mean that (A) people want a deliberative, participatory and limited form of government or (B) they simply want to decide who leads them, after which they don’t mind a strong leader exercising unchecked power on their behalf.

It could mean democracy as (A) majority rule balanced with equal rights for minorities, or (B) all power to the majority.

We are in good shape if people understand democracy to mean (A) in both cases. But Asian Barometer surveys suggest that many countries’ citizens, while professing a clear preference for democracy, lean towards (B).

And even in Western nations that are considered stable democracies, progressives have been blindsided by the sudden realisation that many of their seemingly pro-democratic citizens favour strongman leaders and the tyranny of the majority.

There are no quick fixes to this problem. But that doesn’t make our new understanding irrelevant, because we shouldn’t only be focusing on fighting the current crisis but also on how to prevent the next one.

Here in the Philippines, Duterte is a one-of-a-kind leader but it would be a mistake to think that he stands completely apart from historical trends. He’s not a freakish anomaly but an extreme manifestation of certain broader trajectories. In addition to fighting current fires, we should be building a more fire-proof abode.

I hope universities and the media incorporate this agenda into their strategic planning. How can we invest in a democratic future? We have a role in civic education, to explain simple basic principles like reciprocity – that, in line with the Golden Rule, we should build a society where others are treated the way we’d like to be. Only then will our publics play their roles; and that, ultimately, is our only defence against anti-democratic, hate-propagating disinformation. 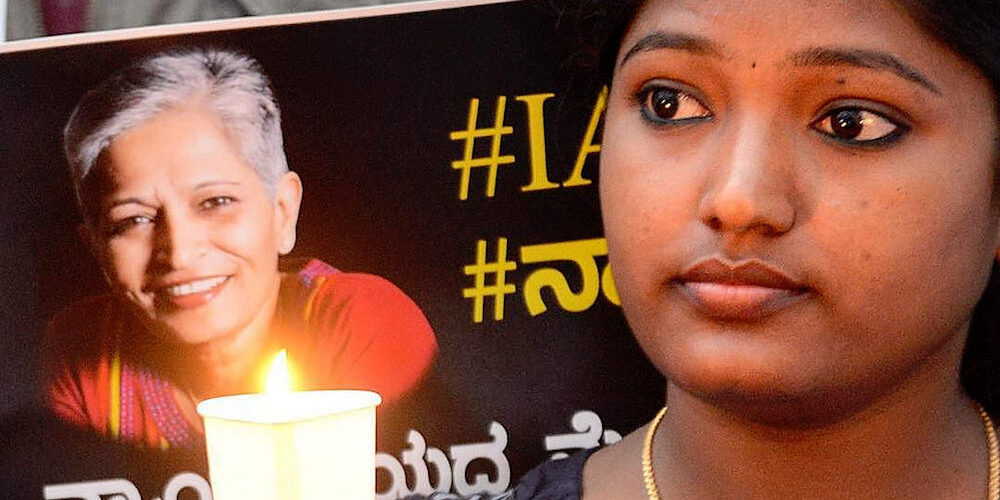 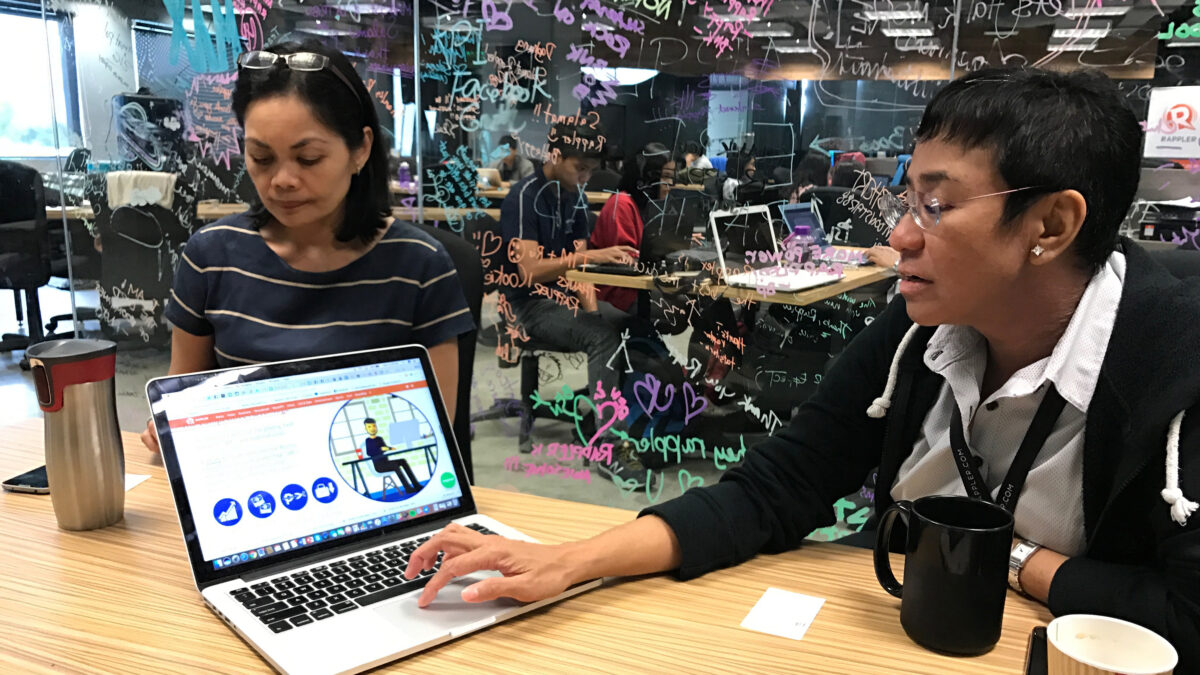